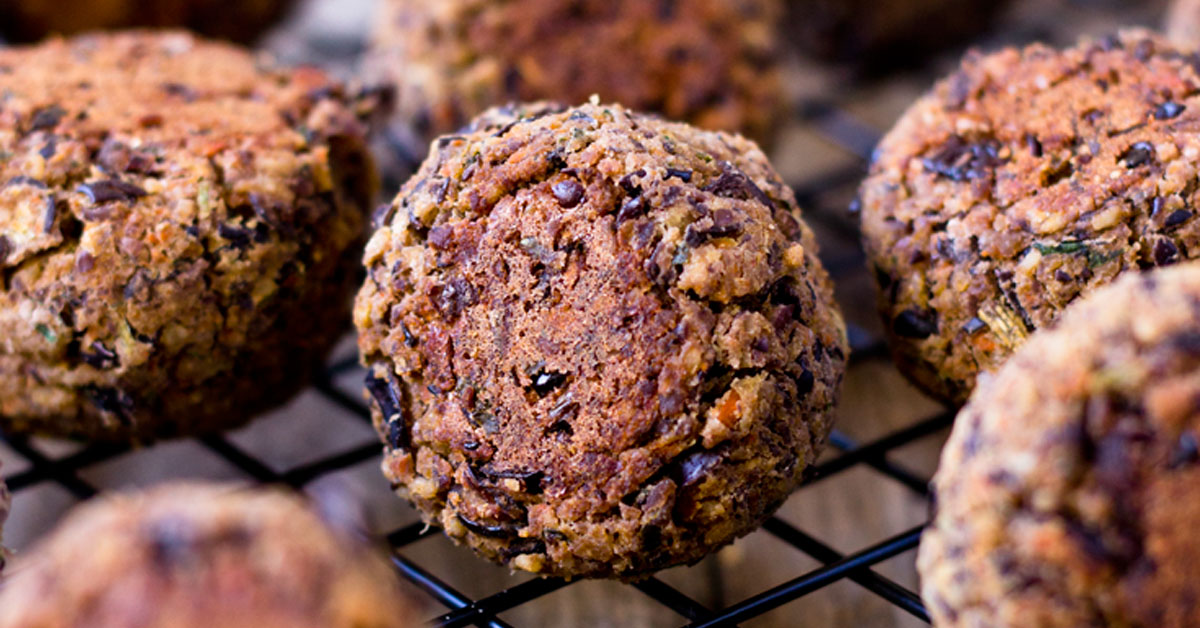 In an effort to cut down on red meat for health & even some of the missus’ ethical reasons, I’m on a mission to try vegetarian alternatives. This, dear Sleeks, is not for the fainthearted.

You may want to block me now, as I’ll offer unfettered and unbiased foodie reviews for the foreseeable future, or as long as I’m presented with vegetarian meals.

I love black bean sauce so I was drawn to this little veggie gem.

Quinoa is a grain (stop frowning, all you paleos) and though high on the GI scale actually has a low Glycemic load, so I gave it the thumbs up as an ingredient.

As I’m a heart attack 2fer, I’m all over Chia and have incorporated them into my daily routine. Why you ask? Actually, it was a flippant semi-drunk late-night google that led me to find a 2012 clinical study blaming 100% of coronary artery disease on inflammation. I won’t bore you with the details, as I digress from my review, but suffice it to say, its a killer and I want none of it. So chia’s become a daily staple as the little buggers combat inflammation better than anything else I can find.

Coming out of the packet my little fluffy balls of yum did not look at all appetizing. Pressed flat like a Macnugget, they were.

I popped them in my air fryer for 12 minutes and served them hot.

They’re not meat and don’t pretend to be, but it has a satisfying chewability.

Keep in mind, my 10 is Matt Moran’s Aria Restaurant in Sydney while 2 is soaked toilet paper. You don’t want to know what 1 is, believe me.

Would I eat it again?
If presented, I’m hungry and there’s nothing nicer on the plate.

Stay tuned for my next adventure